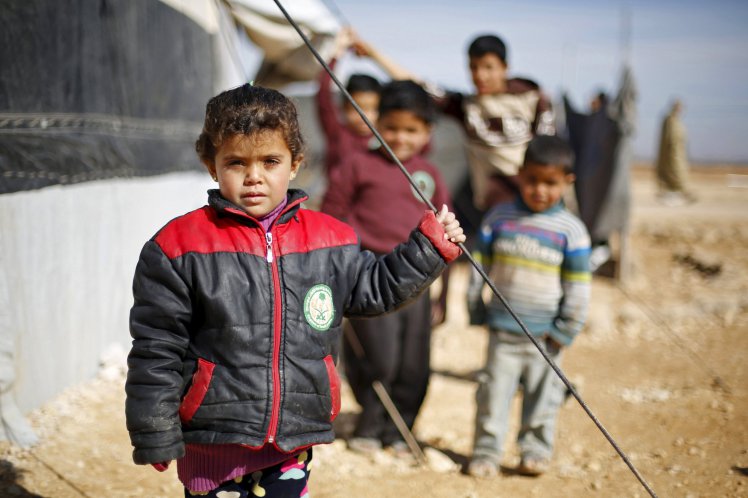 The photos of four dead members of the same family, including the now iconic shot of a dead toddler lying face down in the sand, go viral, and make th

The photos of four dead members of the same family, including the now iconic shot of a dead toddler lying face down in the sand, go viral, and make the front pages of major newspapers across the world. Since then there’s been a shift in both political policy and public opinion. A family mourns the loss of four bright lights, with so much potential that will now never be realised, as the rest of the world, the rest of us, intellectualise the merits and demerits of current policy against the backdrop of our own prejudices.

Even though the situation is currently the story du jour, the debates are hardly new, and neither is the misinformation. I recently had the pleasure of spending time with some relatives that I don’t often see, and in the course of conversation we got on to the subject of local amenities, at which point one member of the group stated how much they can’t stand “Somalians”, as they “just get everything and we don’t get anything!”, which was compounded by someone else who expressed their distrust for practitioners of Islam. I then remembered hearing similar sentiments about Eastern Europeans a few years prior from a close friend. Before that, I went visiting someone I knew from childhood, only to walk in on a debate about how deceitful Nigerians are, and so on…

One of the interesting things that I’ve observed is that with each “foreign” group that gets targeted in these conscientious debates by concerned citizens, there’s always a mythology attached: Nigerians are con artists, Jamaicans aggressive, the Polish are benefit migrants, all Muslims are terrorists or sympathisers, Indians smell…. and they’re all sucking the country dry, sleeping with women they have no business with, changing our schools, and taking employment from people far more deserving. We’ve recently experienced an election surrounding these same issues, and yet the facts don’t quite match the rhetoric used. But, isn’t it just better if we blame “them”? It’s their fault we don’t have a better housing policy. It’s their fault our kids are failing at school. It’s their fault for overloading the NHS, the benefits system, local councils. So an election was fought over the idea of immigration and what that represents, yet the narrative wasn’t dictated by those it represented, but spoke to the truths and self interest of the narrators. The asylum seekers and refugees have no dominant voice in this discourse, and yet are the most affected by the representations, and the decisions based off said representations. It’s not like we haven’t done enough already, and we are bursting at the seams here. the system can’t take much more, and yet we’re still being invaded by swarms, sucking the country dry.

And then there’s a dead child, on the front of every newspaper. There have been tens of thousands of dead children, but this one child forces pause, questions our humanity, and we share a collective shame…how could this happen? Eventually, we’ll move on to the next issue, and the one after that, the rhetoric will change, as will opinions. Our leaders will no longer be embarrassed into aiding others, and the collective compassion will wane. Yet it wasn’t compassion, shaming isn’t compassion. Compassion isn’t a seasonal thing, and our kindness shouldn’t be fad based.

The imagery of the world around us, of the people around us, and the notions that these images conjure up, has replaced the truth from with the images are derived. Diversity can only go so far; it’s all well and good to tell a person that group x is of no threat to their way of life, and that interaction with group x may even add value to our society, and that person may even take that information on board… but if the images that are being fed to that same person say otherwise, if those images are being played out with constant regularity, and in such a way as to elicit an emotional response, then in spite of themselves, when that same person is told that the perceived failures in our society are linked to group x, then it becomes difficult in the extreme for he or she to see that group as anything other than a threat.

Until a more powerful image says otherwise… but then how long will that last…?

Loading...
Newer Post
The Black Arts Funding Trap – Why a new model is needed for BAME arts projects
Older Post
Whiteness and the Racism Within Us