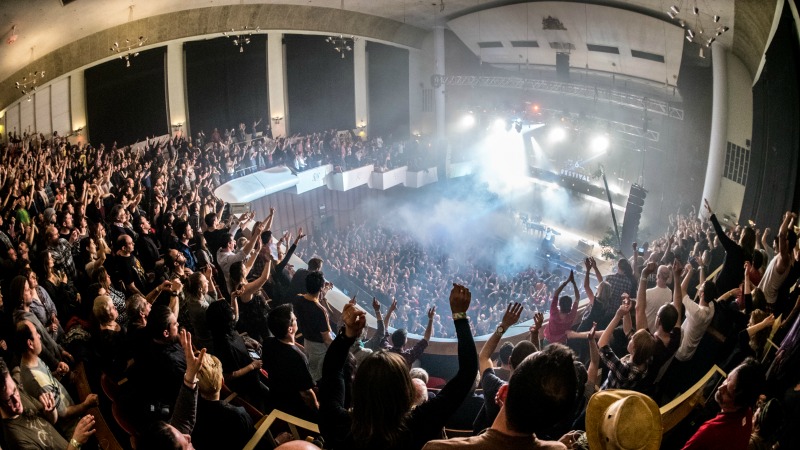 What’s in a Name?

So - finally - Colston Hall, the premier concert venue in Bristol, is changing its name. The announcement comes after many years of calls for this to

So – finally – Colston Hall, the premier concert venue in Bristol, is changing its name. The announcement comes after many years of calls for this to happen: The building was named after Edward Colston, a Member of Parliament and slave trader who, as deputy governor of the Royal Africa Company which as well as trading in gold and ivory, was responsible for the shipping of around 100 000 African men, women and children (20 000 of whom died) in sub human conditions to plantations in the Americas.

But why should this matter? The building will still serve it’s function as a venue for performances and exhibitions, and changing the name won’t change the legacy of Colston, who profited so much from his time at the Royal Africa Company, as well as his partnership in a sugar refinery, that he founded two almshouses, endowed a school, founded and endowed another, and gave money to several other schools, churches, and a cathedral. This hepled to cement his reputation as “the great benefactor of Bristol”, to the extent that he is also honoured by the city with a tower, a statue, roads, schools, a pub, and a bun, amongst other things, all named after him.

Sir Anthony Seldon commented on the name change by saying that “The slave trade was noxious… But we learn better lessons from history, not from trying to obliterate the past, but by trying to understand it and the context in which people acted”, and that “Changing names is the beginning of a slippery slope”. A slippery slope that leads to… where..?

There seems to be a considerable backlash against any kind of decolonisation of spaces and places. Let’s be very clear: Colston Hall is a colonial space. It’s existence and association with the slave trade, and empire, make it an edifice to colonialism. The venue itself has hosted and welcomed people who have historically suffered as a result of this and are still affected in the present day, though many residents of the city, as well as performers, have boycotted it, and hosting performances and acts that consist of People of Colour doesn’t decolonise that space. Passivity won’t accomplish such change, it takes active engagement, as any colonial space implicitly supports a power structure that does not lend itself to true representation of peoples whose lands and cultures are those that were colonised. If we truly want a fair, free, just, and equitable society, should we not want to actively engage in the decolonisation of places and spaces? Only then can we hope to have balanced and nuanced representation for all, and encourage narratives that don’t require external validation from another culture.

It is quite telling the someone such as Sir Anthony, himself an icon of empire via his knighthood, would think that any move to (even partially) decolonise a space such as Colston Hall is a “slippery slope. Indeed, one of the headlines from a British print media house asks “Could the Colston bun be next?” as if to ridicule this move toward the venue becoming more representative of all the peoples, communities, and cultures that are reflected in it’s artistic output and audiences.

And while on the note of media representation, in the official press release from The Bristol Music Trust, who run the venue, there was a notable absence of any recognition of the campaigners who have given considerable effort and time to bring about this change. This matters, as by making this omission, the narrative of this change wholly lends itself to, and thus empowers the work of the Trust, and thus does little to bolster the continuing efforts of those who strived and fought for this change, or boost their efforts to decolonise the city (which hugely benefited from slavery), or even signal a consensus of thought to better engage the establishment and wishes of those in the community and beyond who sought change.

So what’s in a name? The simple truth is that representation matters, and any colonial space contextualises, thank you Sir Anthony, the narratives expressed within, and in any space where that context lends itself to a power structure that is built on the oppression of those considered “other”, those narratives ultimately become co-opted by that power structure. How can we question those opposed to this status quo when their passivity would support the existence of edifices that don’t reflect their own existence? How can we hope to engender civic pride in everyone, regardless of their background, and yet support exclusionary public monuments? Colston Hall, as a name, doesn’t equitably represent our 21st century society. After all, isn’t taking the the lessons of the past, in order to create a better future for all, not the purpose of history?