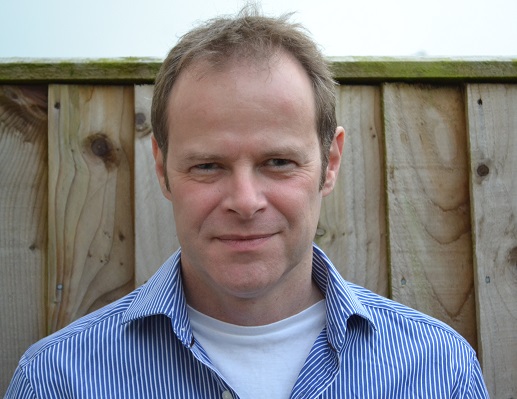 Whiteness and the Racism Within Us

This stark headline runs counter to all the recent accolades and awards that Bristol has received – Sunday Times Best City to Live In, 2014; Best City to Study In (WhatUni, 2015); 3rd Coolest City to Live In (Web-blinds.com, 2016); 4th Most Beautiful City to Live In (Web-blinds.com); 8th Best City to Raise a Family In (OneFamily 2015 study) – but it is the statistic that should be gaining the most attention. Strangely, it isn’t. To make matters worse, the research shows that between 2001 and 2011, Bristol has deteriorated as a place to live, if you are Black. The supposedly Best City to Live In slipped from the 12th worst place to be Black in England and Wales in 2001 to 2nd worst in 2011. So, whilst Bristol was winning accolades and awards, inequality and discrimination for Black people was increasing. Yet not a word is heard on this…

Why should this be? Why in this day and age that some claim is colourblind; why in the years after the Stephen Lawrence Case and the associated McPherson Report; why after heavily revised legislation in the Equalities Act 2010; why after years of race equality initiatives has racial inequality and discrimination increased so significantly, and why is there silence about it?

Ask White people whether racism is acceptable or not, and I guarantee you, the vast majority of them, of us, will tell you very clearly that it is not. Yet it persists; yet it increases; yet it remains consistently unaddressed and pervasive in our society. Why then, with legislation, with initiatives, with the apparent collective will of all people is this the case? Well, it’s simple really – Whiteness and White perspectives on what, and more significantly, who is intrinsically valuable, or not. We need to be clear here that it is this Whiteness that sustains racism, and it is this Whiteness towards which we – and here I’m talking to White people – must turn a highly critical and deeply honest eye.

First principles though – for any conversation about racial equality/inequality to hold any hope of bearing real fruit, there has to be a genuine and honest acknowledgment by the White people around the table that our society is fundamentally racist and that it is we White people and our culture that is the problem. Without this starting premise being explicitly clear and accepted, virtually no progress can be made because one group at the table see the world as it is, and the other group see it through ‘White tinted spectacles.’ These different starting points have historically lead to obfuscation, avoidance, and denial by the White group, and their location of the ‘problem’ as being within People of Colour – it is the experience of People of Colour that needs to be understood and changed, rather than addressing Whiteness as the cause on racial inequality.

The resulting focus of those who hold the power, and again let’s be clear here that this is a White run society, is consequently discriminatory because it contains an inherent belief that People of Colour are inferior to White people – they are the problem, after all, because if People of Colour didn’t exist, we wouldn’t have racism, right?

Supposed race equality initiatives, such as special mentoring programmes, or leadership programmes are inherently racist because they too locate the problem within People of Colour – if they weren’t inferior then they wouldn’t need this helping hand from the White establishment to get on in life. This attitude is simply a re-working of the ‘White man’s burden’ attitude to colonialism; its manifestation is that of the ‘White saviour’ in addressing the problems that People of Colour bring to the table with them.

Alongside these discriminatory practices sold as solutions, are the positive action programmes, which are also peddled as the White establishment giving a hand up to People of Colour – my, aren’t we nice!! Positive action programmes may provide opportunities for a few People of Colour that would not have been there otherwise, however, they are in effect tokenism, as the key expression here is a ‘few’ People of Colour – note, the system remains unchanged. In fact, the system remains wholly intact, and indeed strengthened because these programmes are paraded as evidence of just how racially aware we are, and that we’re doing all we can. Meanwhile, hundreds of thousands of other People of Colour are denied basic equality of opportunity in education, employment, healthcare, housing, criminal justice, human rights, cultural life, shopping, walking down the street, hell, even breathing.

These and many other race equality ‘initiatives’ are racist in their underlying philosophy that locates power with the White system and inferiority in People of Colour, and tokenistic in their implementation, as they do little, if anything the address the real issues at hand.

This is a critical point – the real issues at hand. What are these issues? Firstly, there is the denial of the White population to openly accept that our society is racist, and that we, to a person, benefit from White Privilege each and every day. Secondly, that the racial inequality and discrimination in the UK today is a product of ‘cultural historical Whiteness.’

Cultural historical Whiteness is the social, political, and institutional manifestation of our colonialist past in the present day. It is the reality that our cultural paradigm and our social norms have been moulded and conditioned by discourses that cast ‘White as right’ and anyone else as inferior, barbaric, and of less intrinsic value than us. Edward Said revealed the true depth of this in his classic book, ‘Orientalism’, and much research and analysis has been undertaken into the ongoing ‘orientalist discourses’ that have been a key aspect of White society for the last 200 years or more.

However, we have to look beyond discourses as simple texts that convey meaning and promote a particular worldview. We have to understand the impact of these discourses on society as a whole. These racially prejudicial discourses, in tandem with classist discourses of the British capital class, created the ideational context in which the institutions of state were created – our education system, our healthcare system, our policing and judicial systems, our political system all of these are rooted in Orientalist and classist attitudes that remain infused to their ways of working to this day.

We also have to look at the impact of our development as people, and I am referring specifically to White British people here. These discourses, these stories emanating from politicians, the media, and other ‘epistemic authorities’, shape the way we see the world. They condition our cognitive development. They are the cartographers of the mindscapes we use to make sense of the world, and critically, to place value on the actors in our social world.

These are the reasons why racial inequality remains so prevalent. The reasons behind our complete and comprehensive failure to address racial inequality and discrimination lies in the reality that we are infused with racist philosophies from birth, and our society is inherently racist in its workings. Critically, though, our almost complete, collective failure to acknowledge this to be true, even when presented with the facts that prove it so, and our refusal to turn critical eyes inwards are themselves acts of symbolic violence that sustain racism and maintain Whiteness with all the privileges it affords us.

If we are serious about addressing racial inequality, then we must attack Cultural Historical Whiteness with a fervour and an energy that compares to the glee with which we colonised and raped much of the world. If we aren’t serious about it, then let’s stop fucking around and just admit that we’re racist and be happy with that.

As for Bristol, shame on those who celebrate this divided city without acknowledging its entrenched socio-economic inequality, and without publically abhorring the depths of its racial inequality. The messages are clear -if you are White, middle class, and heterosexual, then Bristol is a wonderful place to be. If you aren’t, then we’ll use our collective privilege to deny your lived experiences and hide you from view.